Join the unlikely heroine on an adventure of a lifetime! Lush watercolor illustrations of cool characters, weird monsters, and spooky villains.

For the fans of Neil Gaiman and Roald Dahl’s storytelling: a down-to-earth teen girl must get back home from the Otherworld before the fairytale dream turns into a nightmare. 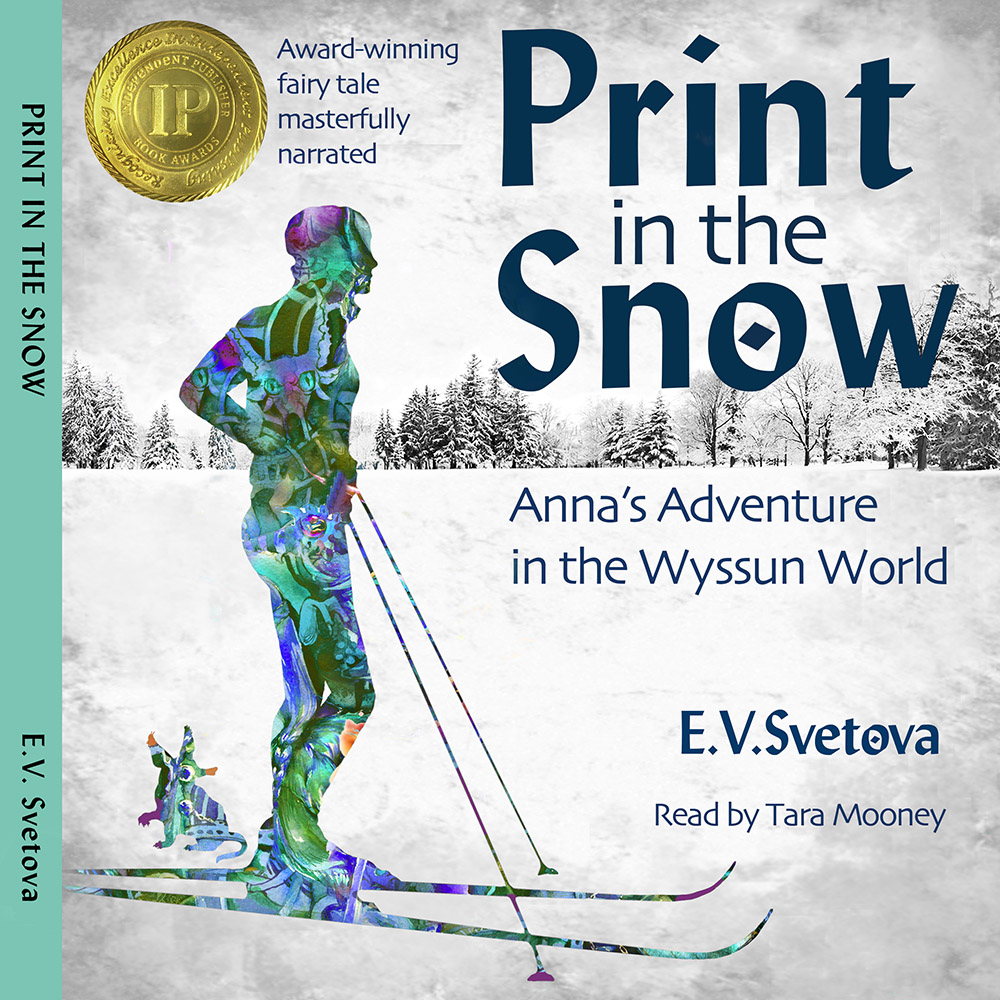 The audiobook of Print In The Snow, narrated by the incomparable Tara Mooney is now available in many digital stores.

Print In The Snow is a winner of Independent Publishers Gold medal.

Learn what the reviewers of Print In The Snow have to say about the novel.

“PRINT IN THE SNOW: Anna’s Adventure In The Wyssun World belongs to a noble family of books conceived as children’s literature, yet having so much under the surface in both philosophical and esthetic respect that it not only exceeds the restraints of genre, but proclaims itself to the educated reader as a completely independent entity for generations of readers to enjoy. Just as The Hobbit or The Little Prince, it’s an adventure bringing the main character – Anna – out of her everyday life, and requiring her to not only to use the best she has, but to invent new powers for the sake of mere survival, as well as the preservation of dignity and sanity. This makes the book a true journey not only in the physical sense, but equally a voyage of soul and spirit. The fictional world, in which the events of the book takes place, besides offering the customary, yet very unusual monsters, provides such a masterful set of details that it becomes real in the reader’s eyes, painted with colors of passion and competing with reality. This book is truly universal – it offers for a young adult a lot to learn about achieving new horizons, and to the older readership it’s a beautifully composed reminder that passion has a lot of power. It is a true pleasure to see the long-standing tradition of children’s fiction being kept alive in such a delightful form. I wonder if anyone had the same feeling reading Hobbit before the Lord of the Rings seen the world, and was wondering will there be a continuation of the journey.” — Alex AG

“E.V. Svetova’s narrative reveals stylistic and philosophical story elements reminiscent of Alice in Wonderland and The Little Prince. PRINT IN THE SNOW is a chimerical, inspiring and enlightening story for tween to young adult lovers of fairy tales.” – IndieReader Review (starred)

“A resonant and timeless story of a young girl’s self-discovery in a world of unique and memorable magic and monsters, the book really is hard to put down. In addition to E.V. Svetova’s enrapturing writing, the book also features breathtaking illustrations which add another dimension of imagination to the tale and bring to life every page.” —James Grimsby, Self Publishing Review

“The prose of this novella and the lovely illustrations weave a spell.” —Dr. Michele Levy, author of Anna’s Dance